The Best in TV! Oprah Winfrey Reunites the Cast of ‘A Different World’ 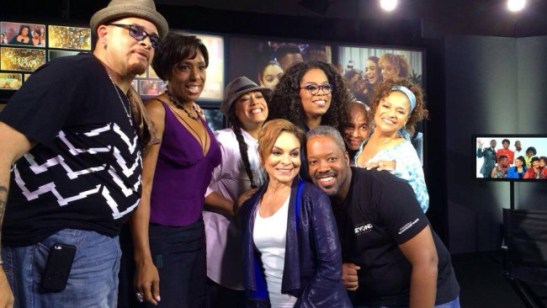 A Different World is hands down my favorite sitcom of all time. I can watch every episode over and over and laugh just like it’s the first time… Did you know that from the debut of “The Cosby Show” in 1984 until the end of “A Different World” in 1993, American higher education grew by 16.8 percent? During the same time period, historically black colleges and universities grew by 24.3 percent — 44 percent better than all of higher education. This type of television that is attributes to positivity and growth without compromising content.  There was no ratchet behavior, constant fighting and foolishness. We need to get that formula back.

Luckily for fans like myself, some of the producers are trying to get a reboot going. The fabulous Miss Debbie Allen said “I have been trying with some very powerful people behind me [to reboot A Different World]. The difficulty is that it’s very convoluted when you’re mixing old writers and new writers. I just wanted to have the name so that I could get started again. Bill Cosby wanted to see this happen. Right now we’re kinda at a stand still. I got really far up that ladder, and then I got stopped. So we’re going to re-investigate it again because it’s such a good idea.”

So while we anxiously anticipate a reboot, we can see the cast on Oprah: Where Are They Now? Cast members present for the reunion also included Sinbad, Dawnn Lewis, Cree Summer, Jasmine Guy, Kadeem Hardison, and Darryl M. Bell. No airdate has been set at the time of this post, but I will certainly check the guide & tune in.  Source

In honor of this news I have to share my favorite A Different World favorite scene of all time! Do you remember it?

2 comments on “The Best in TV! Oprah Winfrey Reunites the Cast of ‘A Different World’”

This entry was posted on June 13, 2014 by Toiah in Everything you want.