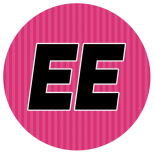 7 Ways VH1 is Destroying the Black Community (and Degrading Women)

Dr Boyce Watkins wrote the article below tiled, 7 Ways VH1 is destroying the Black Community.  I couldn’t agree more with all that he said. Not only are these minstrel shows destroying the Black community, but tarnishing the gender of women as well.   I would often find myself watching in horror as the story lines of these clueless characters unfolded week after week, until finally I simply stopped watching. Several episodes of recorded shows such as; Love & Hip Hop, Basketball Wives, Real Housewives of Atlanta, etc., sit un-watched in my DVR because I am appalled & at times disgusted by what I see & hear. Quite honestly, I am fed up with the whole franchise of foolishness. The article below tells the truth. Read, comment, share…

Due to their interesting choices in programming, VH1 might be better referred to as “The Evil Empire.” Their endless stream of reality TV shows tend to focus on taking otherwise irrelevant black people and making them as recognizable as Dr. Martin Luther King Jr (I’m serious: There are black kids who could identify a Basketball Wife before they could identify Dr. King – don’t even try Malcolm X or Harriet Tubman). There is then this awkward rat race, where famous people with no talent end up doing outrageous and embarrassing things so they can remain in the public eye.

It’s sad. It’s annoying. It’s degrading. Sometimes, it’s just downright embarrassing. Not that we should spend all of our time being worried about what white people think about us, but our people are far more dignified and diverse than the coonery that reality TV executives love to market and elevate. Bill Cosby’s shows used to make black kids want to attend HBCUs, but VH1′s shows are putting our kids into rehab and STD clinics. This is not a good tradeoff for our people.

So, here are a few ways that VH1 just might a psychological version of the Tuskegee Experiment:

1) Promoting sloppy and tragic decision-making: A teacher recently told me about a little girl in her first grade class who was asked, “What do you want to be when you grow up?” She said, “I want to be a basketball wife” (as if this were a real profession). Stories like this remind us that our kids are always watching and that the entertainment they absorb is (as Dr. Christopher Emdin at Columbia University so eloquently explains) a form of education. Not only are they learning about possible career choices, they are also learning about life choices: Marrying the wrong person, having a baby at the wrong time, spending their money in the wrong way and valuing the wrong things. Then, when that little girl is 31 years old with no education and four baby’s daddies, and can’t figure out why she’s so depressed that she can’t get out of bed in the morning, we sit and wonder how she ended up in such a hopeless predicament.

2) You’re now helping people to sell sexx tapes? It’s one thing that the 44-year old single mother Mimi Faust is celebrating her inner freak by promoting a dirty tape, that’s her right. But it’s another thing that VH1 is helping to promote the tape in order to improve ratings for the show. Maybe this is where the FCC should step in and say, “Hmmm, maybe we shouldn’t have a show on the public airwaves that mass promotes the idea of making a dirty tape in order to pay the bills.” Maybe someone needs to stand in front of their building with picket signs. Maybe a group of psychologists should come forward and share the findings of research showing that marketing messages actually do impact the viewer. Should something happen, or should we just act like none of this makes a difference in our society? I won’t even talk about Mimi’s poor daughter, whose friends at school are going to be able to look her naked mother up on the Internet. I hope she knows how to defend herself from bullies, since the rumors in middle school are going to be so vicious that she’ll need both Dr. Phll AND Iyanla Vanzant to get over the trauma. I need to call my mother up and thank her for not becoming a 44-year old pοrn star.

3) Making ridiculous people into prominent members of the African American community: Seriously, can you please explain what talent most of the members of Basketball Wives possess other than being able to get a rich athlete to sleep with them? Wait…maybe that is a special talent….the kind that men pay for on street corners late at night. From what I understand, most of the “Basketball Wives” were never wives. Shouldn’t they just be called “Basketball Baby’s mamas” instead? Most reality TV stars aren’t famous for having a talent…instead, they’re just famous for being famous. 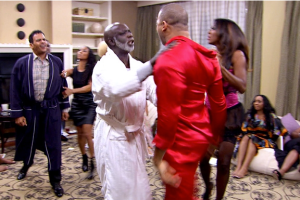 4) Do black people REALLY need more violence right now? Most of the Reality TV shows feature some kind of drama and the celebration of violence as a way to promote themselves to the public. Porsha Stewart hitting Kendra Moore upside the head had people talking. Evelyn Lozada got famous for climbingup on tables and chasing people around the room like a horny zoo animal. Rappers get famous by talking about how they got shot. Effectively, we’ve turned the most tragic part of the black experience into a comfortable and profitable norm, and big, white corporations are able to profit from it. If I were a white man running one of these companies, I’d probably spend my time thinking, “What in the hell is wrong with these people?”

5) We’re becoming a pack of brain dead vegetables obsessing over things that really don’t matter: My friend (just last night) told me that her friends make fun of her for not watching “Basketball Wives” and the “Real Housewives of Atlanta.” I told her that it’s OK that she has better things to do, like working toward her goals, taking care of her kids, going to the gym or planning a mission to Mars. The point is that, maybe we have to ask: Is it a GOOD thing that black people watch more television than everyone else? Maybe it’s not so healthy to sit in one spot and stare at a screen like a mentally-disabled puppy for 8 or 9 hours a day. That might not be good for the spirit: A consumer/viewer is a bystander in life. Rather than making things happen, they are WATCHING things happen. Your life isn’t what you make it out to be….it’s what some television producer has decided that it’s going to be. You are effectively living in the matrix.

6) Yes, let’s start celebrating broken families and pretending that they are normal: A dude with nine babies with seven women? Yea, he’s a playa. The mother who can barely take care of the kids she keeps making with men who don’t know how to wear a condom? God tells us not to judge, so you should just mind your own business.
Anybody who doesn’t understand the devastating impact of broken families in the African American community is absolutely insane. White America did this to us with the War on Drugs, which is why Michelle Alexander and I both agree that reparations should be paid for the mass incarceration holocaust. But to have the same network that owns VH1 and BET (Viacom) celebrate the genocide of our families is entirely unacceptable.

7) The selling of dysfunctional relationships: I often wonder how many little girls are seeing the women on Love & Hip-Hop make some of the most horrific relationship decisions and thinking, “I wanna also be with a promiscuous rapper with 40 tattoos and six babies mamas, who smokes a pound of weed every day when I grow up.” The hypermasculinity of corporatized hip-hop has taught young black men that being dismissive and disrespectful toward women is the way to express your manhood. We know that the opposite is actually true: Self-discipline, education, and honorably protecting those you love is what makes you a man. This feminization of black men is making us the weakest in our communities when we should be the strongest. High-testosterone women who grow up expecting to be both the mother and the father of their kids don’t help the problem either. We MUST learn how to have healthy relationships if we are going to survive as a people.

I wonder if there is ever going to be an episode where someone is killed from domestic violence or itgets out that one of the cast members has caught HIV…..I’m sure VH1 will celebrate those ratings. Whether it’s physically, spiritually, or emotionally, they seem to love watching black people die.

This entry was posted on April 22, 2014 by Toiah in Everything you want.